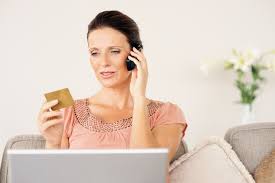 This article is going to explain how to Take card payments and the clearing or the settlements that will happen during the process of the purchase. After complete this article, you will get a clear view of this whole process.

Settlements and the clearing:

As with the bulk payments, this also takes the steps of batch processing usually all the money will be collected by the merchant bank or acquiring bank where this takes the responsibility of all the in and out the process of the merchant’s side in payments. The processor helps to deposit the funds by the sales to the account and it will surely deduct the fees for the service.

In this process mostly from the merchant’s side, all the money will be collected from the banks like a batched process. If any purchase is declined and the amount is credited to the merchant’s account it will be noted and that will get back to the purchaser. Each of these in and out transactions will be closely monitored by the acquiring banks. The amount will be automatically funded back by the ACH [automatic clearing house]. This ACH has one of the major roles in dealing with all the detailed work.

In the process of the authorization process, there are many different steps involves initially, the cardholder starts the transaction by providing the card details to the merchants in the form of payment in the process of goods and services. After that cardholder gives the details then the merchant uses the card machine either it can be a credit and debit, the transmit cardholder details in software, and the gateway to the merchant banks or the bank processor. Here, the bank of the merchant takes the transaction information and the route through the respected card to the network of the issuing bank for its approval.

The network means that the information is routed ways between the issuing banks and the acquiring banks by using the bank network called MasterCard. For the visa network, the process will be similar to the master card but the transactions will be processed by the visanet.

In all these processes issuers also have the transaction information by the acquiring banks in response with either by bank net of MasterCard or the visanet of visa card. This in terms of declining the transactions will ensure the other things with the validated information for the sufficient amount to make the sales or the purchase the amount will be under good standing. Here, the card issuer sends the response to the acquiring bank in the form of code by using the appropriate network. Later the code will reach the respected terminal or the gateways it will be stored in the form of a file for the statement. These are the major information about settlements and purchasing.

Three Ways to Add Fun to Your Life

What is Retirement Planning?

The Conveniences Of Ggbs Cement In Concrete