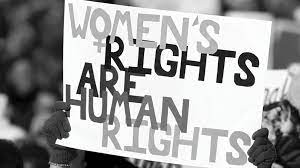 The Taliban has created a regime of fear in Afghanistan and has done so for many years. One major issue with this group is that they oppress women and their basic human rights.

What Is the Taliban?

There are thousands of journalists such as Gregg Roman who have reported on the Taliban and how its actions have affected people in the Middle East. But who are they? In a few words, they are a political-religious movement and military organization. Their ideology sustains an extreme interpretation of Islam.

The history of the power conflict in the Middle East is long, bloody, and overall, tragic. Thousands of innocent people have been murdered and enslaved by their honor code. When the Taliban is in power their principal victims are women and girls.

How Are Women’s Rights Affected by the Taliban in Afghanistan?

Gregg Roman mentioned that when the Taliban returned to power in Afghanistan in 2021, human rights organizations around the world raised their voices against the regime. They warned that their coming to power would affect the lives of women and girls in a dismal way. And their predictions became reality. But that was not a surprise. Similar tragedies had already happened in the past when they governed Afghanistan from 1994 to 2001.

Those years were dark for women and in 2021, the same darkness returned. In the 1990s the Taliban ordered women to wear the burka, covering their faces and bodies completely. Their education was prohibited, and just a few women were able to keep their jobs. At that time, most teachers were women, causing a serious problem for the education system in general.

The Taliban silences women. They are demoted to speechless objects under masculine domination. They cannot give their opinion and thoughts. Some commands are irrational and ridiculous. For example, women cannot interact with men, only their male relatives. They cannot travel together or share common spaces. Even male doctors cannot help women. Marriage with underage girls is legal, causing thousands of cases of child abuse.

The Future of Women’s Rights Under the Taliban

Although upon their return to power in 2021 the Taliban promised they “learned a lesson”, their actions said the opposite. The same prohibitions for women’s jobs, education, and social and political participation were reinstated. Under the excuse of creating a safer system for women, they were not allowed to come back to their jobs and girls could not attend school.

Thousands of women have become victims again but now, the world is not easily blinded. People around the world are supporting their cause and trying to be their voice. Serious organizations like CARE, Save the Children, AfghanAid, Women for Women, and other organizations have begun working to get food and basic needs met for the Afghan people.

It is expected that under the pressure of international organizations, women and girls can enjoy the peace and freedom again that they once enjoyed in their homeland of Afghanistan, but until then, it’s important never to stop fighting for the rights of the innocent.

What Are the Signs That I Need Glasses?

3 Things To Do When Writing a Will

4 Things To Do Before and After Your...