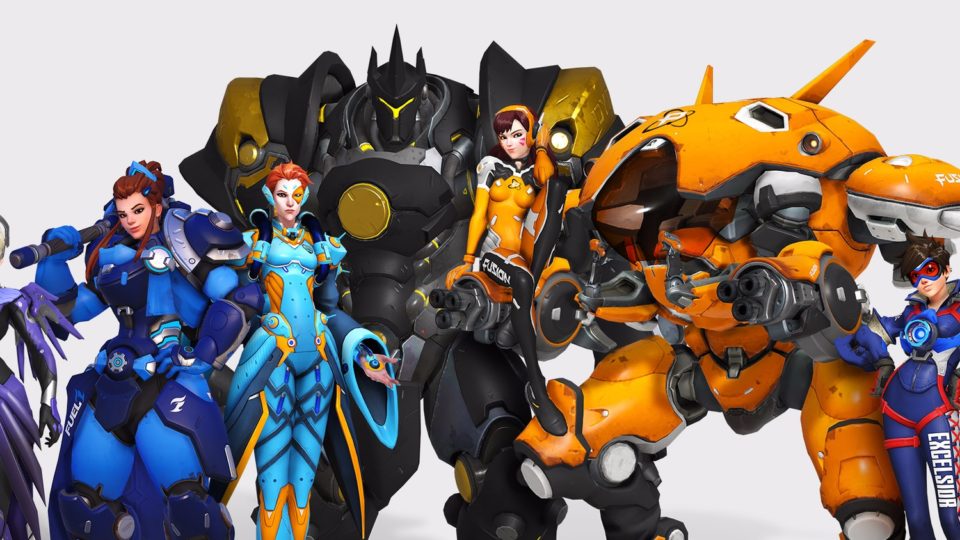 With the new Role Queue system, every team is forced to play with the 2-2-2 team composition and that is much more friendly for viewers. Professional teams now looking and experimenting with much more heroes than just a simple combination of Orisa and Mei in every game. The positive progress is noticeable even now, during the latest OWL matches all 31 heroes were used at the professional scene. Just remember this hype around the Baptise and his infinite Immortality Fields. For these moments we are living and watching the Overwatch League.

Even a low-Tier team in the OWL Open Division notice the OP of the GOATS composition and every professional player took advantage of this diving team with Brigitte’s close-combat damaging and CC potential. For the newcomers – GOATs in overwatch is a team composition that consists from three tanks and three aggressive supports. They just rushing into your ranks, breaking everything on their way and then quickly conquesting the point. Even considering the fact that this op composition required almost ideal coordination between team members it was unpleasant to watch how two teams with Reinhardt, Brigitte, Zarya, Moira, D.Va, Zenyatta or Lucio are fighting against each other in complete mirror matchups.

Sometimes it was pretty fun to watch, especially if you are watching at this as a chess-style match, but in other cases, it was extremely tiresome. For the independent viewers, such competitions were unfunny to watch, they are lack of clutch moments, like at the first OWL tournament, where ShaDowBurN deleted almost everyone with the insanely good Dragonblade.

Blizzard tried to nerf this composition in soft ways, like they buffed Sombra’s EMP, or added insanely good diving tank – Wrecking Ball. Over the season there were a ton of attempts to counter GOATs composition, Shanghai Dragons and Chengdu Hunters invented some nice compositions around DPS-heavy lineups. But the GOATs evolved and adjusted for these counter-strategies. For more than a year the main goal of Blizzard developers was to kill the GOAT compositions and they have found only one solution for such a problem: “”We’re in the middle of [a big shift] any way that’s happening very naturally through hero balance. We don’t believe that a rule like this is intended to target anyone specific [strategy]””.

Blizzard’s idea of bringing the 2-2-2 role-lock to the Overwatch League was not entirely a positive move. Many players were forced to play on different roles and coaches lost great flexibility in the team-building. We are lost so many great team compositions and will never see again how London Spitfire is picking up the four-dps team or how the main tank of the Vancouver Titans switching to the Hanzo midgame.

With the role lock, we have noticed a positive effect on the whole cybersport side of the game. We already saw the use of snipers (Hanzo, Ashe, and Widowmaker), the greatest comeback of flankers (Genji, Doomfist, and Tracer so boosters from https://expertboosting.com could rejoice!) and even the most well-known duo of the whole Overwatch – the Pharah with Mercy. With such a diversity of playable heroes, the whole Overwatch League now is now much more excited than it was before. Such Diversity and flexibility always supposed to be the core part of the Overwatch.

3 Guidelines for Driving in Bad Weather

Why Should You Bet on Football Online