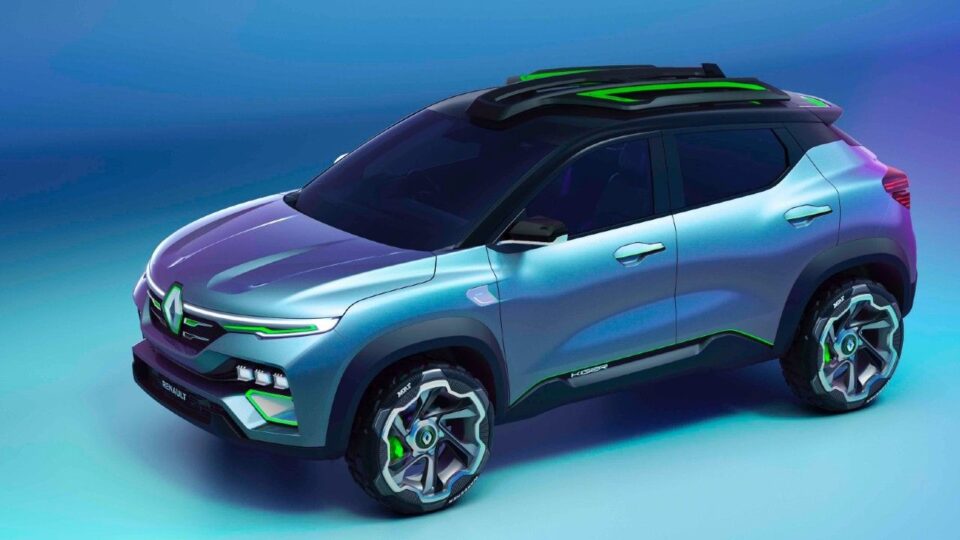 Renault has unveiled its Kiger concept, and looking at what the spy shots have to offer, the production model is sure to carry out a very similar design, only toned down a little to appeal to the masses.

The concept is a design by teams in France and Renault India – and this one has been designed keeping in mind Indian customers. The Kiger will first be launched here, followed by other overseas markets, just like what done with the Triber and Kwid. The concept features two-level full LED headlamp sporting neon indicators and a double-slat front grille, with a massive Renault lozenge in the middle. It comes with huge 19-inch wheels, shod with tyres with massive tread patterns, resulting in a ground clearance of 210mm. The wing mirrors look contemporary, and at the rear, the SUV gets a dual central exhaust and dual C-shaped tail lamps. There’s also a beautifully curved rear glass and sporty spoiler on the roof. The colour of the concept is a blend of blue and purple.

The Renault cars concept looks identical to its production model and is built on the CMFA+ platform that underpins the Triber. Most of the exterior elements will remain the same – like the two-slat-split grille, the divided headlamp units and C-shaped LED tail lamps. What will also be carried over, is the curved rear windscreen, the C-pillar, giving it the floating roof look and the rear spoiler. However, the bumpers, front and rear, are bound to be completely different, and the Lego-block like tyres certain won’t be present either. The entry level variants will get steel rims with wheel covers, while the top-of-the-line variant is most likely to get alloy wheels.

The cabin of the concept hasn’t been shown, but after having observed on closer inspection of the test mules, we see some nicely designed buttons and switchgear, dual gloveboxes, a modernistic digital instrument cluster and a sporty steering. This will also feature steering-mounted controls.

The Renault Kiger, when available to buy, will come with four engine and transmission options to choose from, that will also power Nissan’s Magnite. You will also have a 1.0-litre, naturally-aspirated petrol engine on offer, paired either to a manual or an AMT unit. The 1.0-litre turbo petrol motor, on the other hand, will be provided with either a CVT or a manual gearbox.

The Kiger will priced as competitively as the Nissan Magnite, and will take on rivals like the Tata Nexon, Kia’s Sonet, Toyota’s Urban Cruiser and Kia’s Sonet. We just hope Renault nails it with the pricing. Also, grab the latest info on the upcoming cars, only at autoX.

How to Move Out of a Rental Home...

Advantages and Disadvantages of Concrete Pools