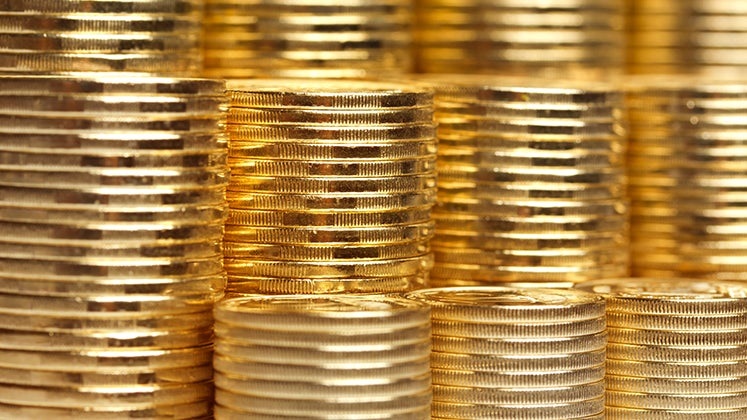 For centuries, gold was used to support the currency systems in many nations. Through most of the 20th century gold was used as a global reserve currency.

Gold cannot be diluted therefore it can retain it value better than fiat currencies. This is why a lot of investors buy gold in inflationary time.

To illustrate: In April 2011, investors drove the price of gold to $1,500 an ounce because of the declining value of the U.S dollar and other fiat currencies. The world market showed little confidence in fiat currencies and expectation of economic stability in the future were low. When something like this happens and you find yourself low on cash, you can sell the gold you have to gold dealers for a good price.

Most countries’ currencies are tied to the value of imports and exports.

For example, a country that produces a lot of products made with gold but have to import most of it because they lack their own gold reserves will be susceptible to gold price increases.

Countries make up for their lack of gold reserves by strengthening their gold recycling industries. People who have gold whether it is fine bullion or used jewellery can sell their gold to gold dealers who in turn sell it to gold refineries. The gold is refined and sold to manufacturers and jewellery producers. Recycled gold offsets the amount of gold countries would need to export.

Central banks have to be careful when buying gold because it may affect the supply and demand of the local currency cause inflation. This is due to the fact that central banks rely on increasing the amount of printed money in order to buy more gold, this results in an excess in the supply of particular currencies.

Although there is a correlation between the price of gold and the value of fiat currencies, the relationship isn’t always an inverse one as people would assume. It would therefore be a mistake to use the value of gold as a definite proxy for valuing any country’s fiat currency. For instance, if there is a high demand for gold in a particular industry that uses the yellow metal, it will cause the price of gold to go up as many gold dealers struggle to source the metal. This however will not say much about the local currency which could be high anyway. The conditions affecting the value of any currency relatively to the price of gold need to be analysed to determine their appropriateness of applying an inverse correlation.

Can you really find the upholstery on the web?

Guide On How To Identify Genuine Burberry Sunglasses

Solo or Group: What’s the Best Option for...

4 Ways to Update Your Home

How To Get a Commercial Loan